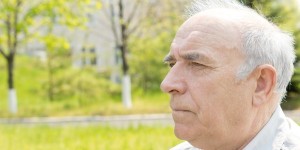 What if eliminating gum disease solved the alzheimer’s dilemma? Researchers think so, read more below and thank you for visiting Advanced Endodontics, Lakewood, Ohio!

Gum disease has been linked to a greater rate of cognitive decline in people with Alzheimer’s disease, early stage research has suggested.

The small study, published in PLOS ONE, looked at 59 people who were all deemed to have mild to moderate dementia.It is thought the body’s response to gum inflammation may be hastening the brain’s decline.

The Alzheimer’s Society said if the link was proven to be true, then good oral health may help slow dementia. The body’s response to inflammatory conditions was cited as a possible reason for the quicker decline.

Inflammation causes immune cells to swell and has long been associated with Alzheimer’s. Researchers believe their findings add weight to evidence that inflammation in the brain is what drives the disease.

The study, jointly led by the University of Southampton and King’s College London, cognitively assessed the participants, and took blood samples to measure inflammatory markers in their blood.

Their oral health was also assessed by a dental hygienist who was unaware of the cognitive outcomes.

Of the sample group, 22 were found to have considerable gum disease while for the remaining 37 patients the disease was much less apparent. The average age of the group with gum disease was 75, and in the other group it was 79.

A majority of participants – 52 – were followed up at six months, and all assessments were repeated.

The presence of gum disease – or periodontitis as it is known – was associated with a six-fold increase in the rate of cognitive decline, the study suggested.

A Thank You From Our Patients

I just wanted to thank you and your staff for seeing me so quickly last week. I was in such pain and you were wonderful to see me on such short notice. Catherine
Just wanted to send a quick thank you to you and your staff for the great care and treatment I received when having a root canal. Everyone made such a scary experience not so bad at all. I would and will refer your office to anyone. Christine
Thank you, Dr. Kantorovich, for making my root canal painless and not frightening. Thank you for putting me at ease. Chris
Dear Dr. Kantorovich, If I was your mom, I would be so proud of what you have become! Thank you so much for your Endodontic talents and for your kind caring of me. You did a great job….technology today is a miracle blessing. Thank you too to Katie, Saam and all your staff. Happy spring. Carmen
Thank you very much for taking such good care of my tooth. I had very little discomfort following treatment and I am sure it will be fine. Having experienced an Endo, I can relate to how our patient will feel. I appreciate your fine care of me and our patients. Dr. Edward Hadaway
Thank you so much for the gentle care that you gave during my root canal procedure. Sandy
I want to just say Thank You! for the great care I received when I was there recently for a procedure. To Dr. Kantorovich for saving my tooth! and for the gentle, thorough, meticulous and careful approach throughout the whole procedure. To Katie for your gentleness, thoughtfulness and compassion. To Saam for handling all the insurance and financial stuff and your professionalism and friendly demeanor. You made an otherwise anxious experience into a positive one. Tammie B.
Thanks so much for your patience and kindness in treating my tooth. It was truly a pleasure meeting you and your staff! Phyllis Lavalle
Just want to thank you for the expert and professional treatment I had during my visit to you office on Monday. As you could probably guess, I am not the most calm person when it comes to things dental, but your patience with this patient was admirable. I soon felt like I was in competent hands and the whole thing was not at all like I’d imagined! You guys are a great team – from the front office to the dental professionals! B. Breslin
Thank you for making what I had truly dreaded and feared into a very durable experience. Dr. K, you rate a 10 on the gentle scale. I really had no pain during the procedure. You are very skillful. Deborah

Most people assume that the fact that th[...]

We all know that caring for our teet[...]
Tweets by @LakewoodEndo

The mouth is a very dangerous place left unattended!  Thank you for visiting Advanced Endodontics, Lakewood,...